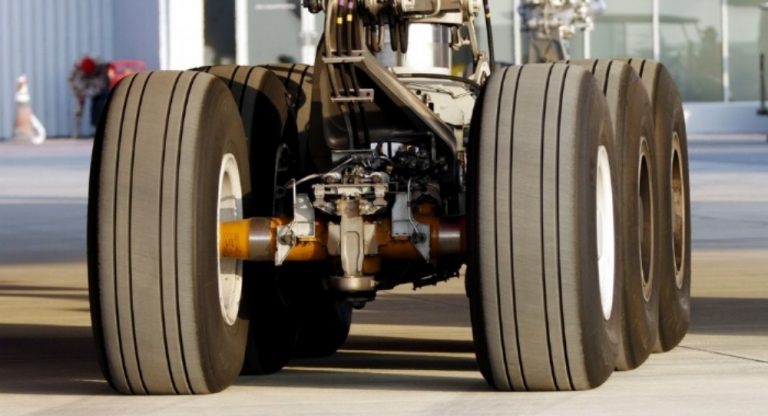 New Tyre Size – Square Tyres, What will Pommys Think of Next?

I’m guessing when the Pommies say “It could only happen in America” they don’t think about any of the strange events in Britain, like an airplane landing on a square tyre. That’s exactly what happened a couple of weeks ago at Heathrow when an Airbus A380 flying from Hong Kong landed at Britain’s busiest airport after suffering a loss of tyre pressure in Hong Kong.

Here at Darra we thought we had worked with every tyre going. But we guarantee we’ve never seen a square tyre. Whatever vehicle we’ve fitted with tyres – be it crane tyres, earthmover tyres, commercial tyres, fleet tyres, and so on – we have never, ever, not once, fitted a square tyre.

The pilot received a loss of pressure warning as he was taking off from Hong Kong, but chose to ignore it. (That’s either a very brave call, in which case he must have been an Aussie pilot. Or a very dumb call, in which case the British Airways pilot might very well have been Pom, I guess!)

One airline pilot ventured that the tyre may have detached from the wheel on landing. He said, “The tyres are pressurised to around seven times that of a car tyre. Once depressurised the tyre will have ‘flatted’ while the aircraft was braking and once it did so it would then rotate through 90 degrees to another part of the tyre and then do it again — hence the four flats you see.”

A Civil Aviation Authority (CAA)  spokesperson said that it had never seen anything like it before. However, the CAA and other pilots didn’t seem overly concerned about the problem square tyre. One even said, “Is it dangerous? No. To lose one is no big deal.”

Don’t risk loss of tyre pressure on the road and never try out this new tyre size!

Though the thoughts of the CAA and other pilots might seem nonchalant, you can kind of see their point: the plane did have 17 other tyres to rely on. Having said that, we wouldn’t suggest that you risk having a loss of tyre pressure. Most road vehicles only have three other tyres to carry them through a journey safely, losing one is going to be mighty dangerous.

If you’ve ever seen a square tyre before, we’d love to hear about it. Meanwhile, stay safe and have your tyres checked regularly. Give us a call today on 3333 5510 to guarantee you don’t suffer a Pommy blow out. We’d rather you use our mobile service than be caught out while you’re working or travelling.

Keeping your family and fleet safely on the road,

The team at Darra Tyres.